The government plans to setup a committee with NITI Aayog at the helm to track the implementation of Sustainable Development Goals (SDG). The SDG no 7 , access to energy is a crucial component to India’s progress. In addition to that, affordable urban housing is key and India is likely to have 7 mega cities with population of 10million+ by 2030.

The highlight of 2017, was the announcement of Saubhagya scheme, with a target to electrify the 40 million odd households by 2018.

The economic survey identifies another key issue, access to clean cooking which unfortunately is lacking in India. 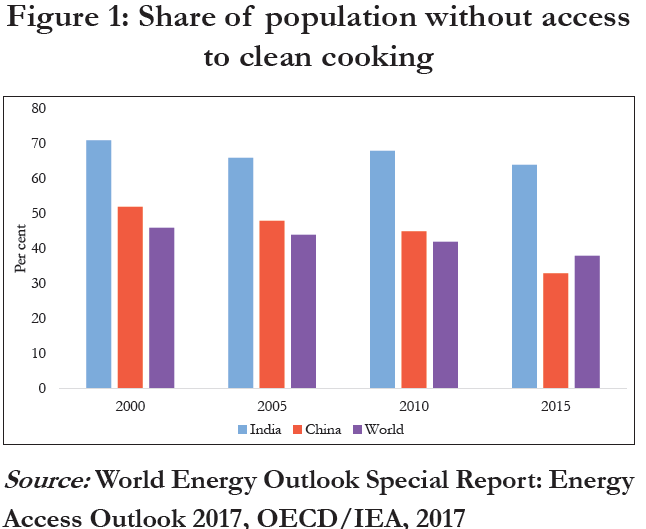 On the positive side, the percentage of Renewable Energy (RE) has been increasing year on year with a significant contribution from solar power projects which has seen rapid decline in tariffs. (Read more:Solar bids, no more outliers) 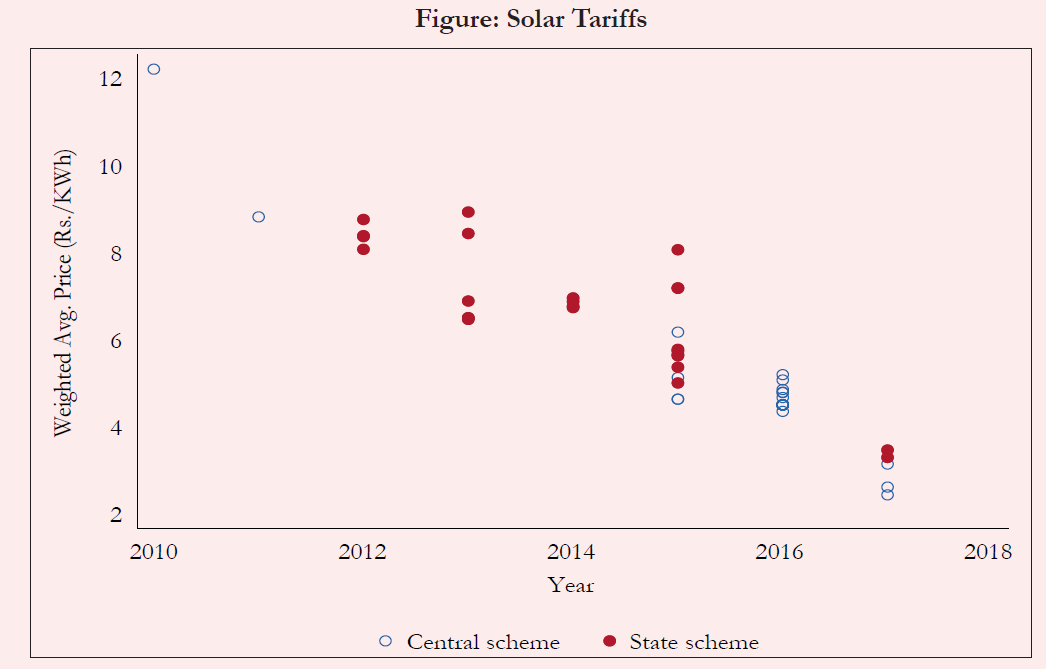 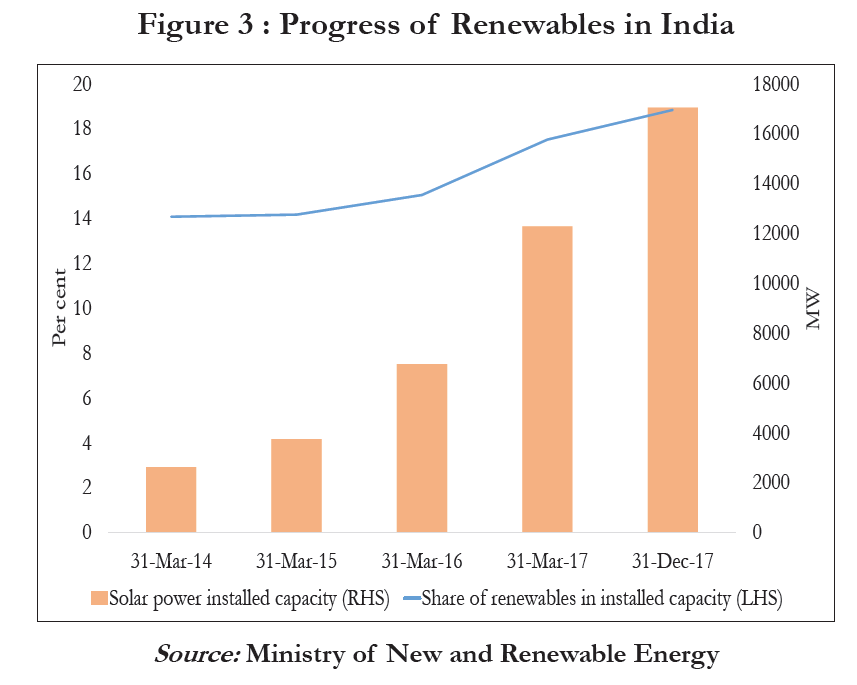 There is one positive on the forest cover change in India, if the survey findings are correct.

Although the economic survey mentions about State level action on climate change there is not much progress on this front at the state level. On a different but important note, Delhi’s woes in tackling air pollution has been a major talking point in recent years.

One of the key takeaways from the economic survey reports, is an indication towards the annual budget and this year it was no different. The increased budget outlay for smart cities is a clear indication of the economic survey findings on the state of Indian cities. The Ujjwala scheme found mention in the budget speech and also saw an increased outlay, again building up on the findings of the economic survey. Saubhagya as expected featured prominently in the budget speech with the target year being 2018. The air pollution woes of the national capital Delhi also found mention with a special package announced to stop the burning of crop residues.

Overall, the economic survey in the last couple of years has increasingly emphasized on energy, climate change and sustainable development. India is also spearheading the International Solar Alliance which also finds mention in this year’s economic survey. The analysis that looks at the correlation between agriculture and climate change is very interesting and with increasing use of analytic tools the survey documents is definitely a good read.