I had a rare opportunity to talk to Professor Michael Kelly (Fellow of Royal Society) at the University of Cambridge. Prof. Kelly has been in the forefront of UK’s energy transition and was the Chief Scientific Adviser on UK’s low carbon trajectory. My interest was to know the growth of renewable energy and its future prospects. Prof. Kelly reminded me that renewable energy wouldn’t have achieved prominence if not for the oil shocks in the 1970s.

The need for nuclear power

Prof. Kelly for quite some time has been laying emphasis on the need to power mega cities. More than 50% of the global population are expected to live in cities and powering them efficiently will be the next big thing. 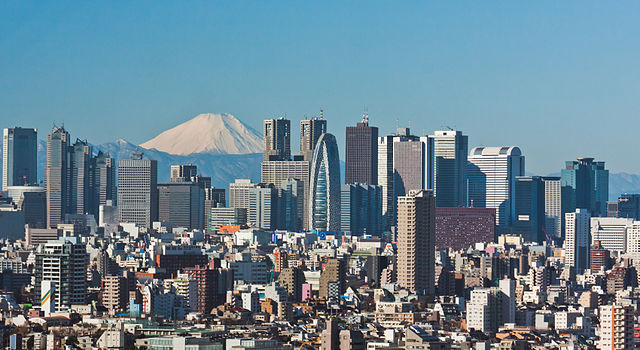 This he believes will be feasible on a sustainable scale only through nuclear power. Nuclear power offer the highest energy per square area and this will be a critical factor when the world’s population exceeds 9 billion (Read nuclear power for energy transition).

I wanted his opinion on India’s ambitious solar push and told him that we have plans to build 100GW of solar power by 2022. He was stunned at this number and immediately did a quick calculation. And what we found was India’s solar build rate has to more than double every two years. That’s beating Moore’s law for solar (if we could borrow that line from the original which states the number of transistors in an integrated circuit doubles every two years). 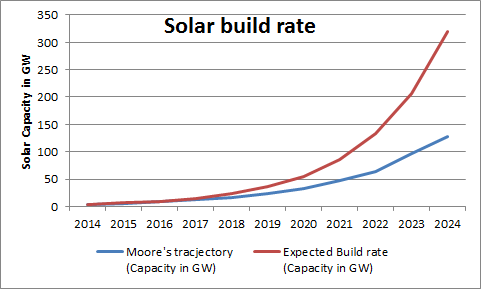 There is a need for energy in India and the solar targets are certainly over ambitious rather than optimistic but can we ride the tide and achieve the goal?

If we do, we beat the Moore’s law for sure!