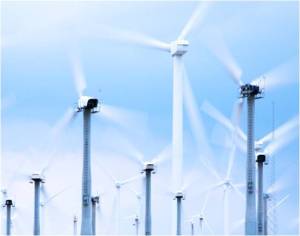 Ramalingam is a second generation entrepreneur; his father started a garment factory in the 1980s. Today he has 4 units around Coimbatore employing close to 10000 people and is a household name in the region. His family is among the select few who have seen the development of textiles around Coimbatore region. Power is a major requirement for all their factories and in average the consumption is close to 1 Lakh units a day per factory. Coimbatore is the second biggest city in terms of economics after Chennai in Tamil Nadu. They have always been famous for their textiles. But why are we talking about industrialists from Coimbatore? Does it make them any special when compared to the entrepreneurs in other parts of India? Just ask a businessman in Gujarat to explain his power requirement, he will probably get all his numbers right, that’s sufficient for business. Gujarat has excess power generation so it’s not a worrying factor for them. Repeat the same question to Ramalingam, and you will be surprised to know the details he will go on to explain. It can typically begin with the total energy consumption per month, the sanctioned load, the peak load, the power factor of consumption and it doesn’t end there. He will take you through his electrical bill and the draft tariff regulation from the Tamil Nadu government and explain the terms. Does it make sense for the MD of a unit to spend time analysing his electricity bill every month? It wasn’t the same scenario before 2000, when there was adequate power for the entire state.  From then till now there have been two parallel developments in Tamil Nadu, the economic development and the development of wind power in the state.

Wind power contributes to nearly 70% of the renewable portfolio in India and Tamil Nadu contributes to nearly 40% of the total wind power. Nearly 8000MW of Wind power is installed in Tamil Nadu and close to 3000MW of those are owned by textile industries. So it shouldn’t be a surprise when you read articles like this the next time around. Why have industrialists like Ramalingam invested in wind mills?  Wind mills solved their power requirements for once or at least during most part of the year they can rely on wind energy and secondly they were all driven to invest in wind mills to expand their business portfolio.  Accelerated depreciation benefit is considered to be the sole driver for the wind energy development in India so far by many pundits (More on AD benefit can be found here).  In simple terms, Accelerated depreciation meant companies can invest in wind mills and can show that investment as a tax waiver, it’s similar to an extent to our insurance policy premium which is exempted from taxation.  Investments on these terms meant factories secured fixed price for power over a long term through wind energy and also made profits in the process. Wind power development has not just impacted the financials of the industrialists like Ramalingam, it has been an education in process about the role of energy and the associated problems and its direct impact on the profits. Renewable energy is intermittent and investment in wind mills meant understanding of more technical terms. Terms like PLF, generation scheduling, transmission losses, wheeling charges, banking of energy, inter state and intra state transmission and trading of energy evaluate the economics of wind mills. With investments worth crores being done in wind mills this education and understanding of wind power came naturally to the industrialists. It is this education and awareness that wind power has managed to create among people that gives a sense of satisfaction to professionals like me, however when I meet people like Ramalingam and explain about solar energy I’m always aware that the person across the table might not hold a graduate degree but his understanding and interpretation of the terms and government policies are far better than mine!